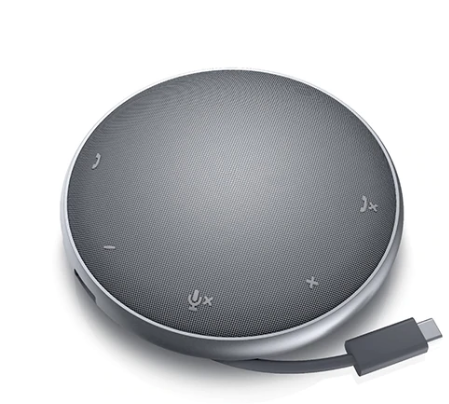 With an enormous chunk of the working scene currently working remotely, conference calls in Zoom or Skype have become a focal piece of everyday life.

So Dell is adjusting with another Mobile Adapter Speakerphone, which joins a USB-C center that includes HDMI or USB-A ports with a phone call style speakerphone for better sound quality.

With both a fold over USB-C link and a second USB-C port, the Mobile Adapter Speakerphone lets you plug in a force connector for 90W USB-C PD passthrough charging, while at the same time giving access to two USB-A ports (appraised for up to 10 Gbps speeds), and a HDMI 2.0 port (with help for 4K HDR at 60Hz invigorate rates).

There’s no SD card openings or Ethernet port, however — an especially bewildering move given how much video conferencing depends on a solid web association.

Hypothetically, they could likewise utilize the center point to plug a USB-C outer screen into their PC, however they wouldn’t have space to connect their charger anymore.

On the speakerphone side of things, there’s committed catches for volume, noting or finishing a call, and quieting yourself, alongside double mouthpieces which guarantee 360-degree sound and built-in echo cancellation.

The greatest issue is the $199.99 value, which is a ton to spend on a USB-C center (which normally run in the $50 to $75 territory), yet given that USB speakerphones like this can cost $100 all alone, the additional accommodation factor might be justified, despite all the trouble.